In late-April 2014, Mexican President Enrique Peña Nieto sent to the Senate a package of nine bills that propose secondary legislation stemming from the December 2013 constitutional reform in regard to the country’s energy sector, a topic about which Nexant has recently blogged.  The secondary laws represent the critical implementing language for the historic reforms signed by the President late last year.  Senate President Raúl Cervantes Andrade sent three of the bills concerning fiscal issues to the Lower House, as is required under Article 72(h) of the Mexican constitution, and directed the remaining six, which concern non-fiscal issues, to the corresponding Senate committees.

Nexant explores below the general contours of the proposed secondary legislation submitted to the Mexican Congress, and discusses its implications for clean energy:

The Mexican Energy Reform is only one of several reforms launched by the Peña Nieto Administration in 2013, among them the Political Reform and the Telecommunications Reform.  The Mexican Senate passed the secondary laws for the Political Reform on May 14, 2014 during an extraordinary session, and Mexico’s lower chamber expects to pass the Political Reform in the near term; this clears the Congressional docket for consideration of the Energy and Telecommunications Reforms.  Lawmakers appear ready to debate the Energy Reform’s secondary legislation in early- to mid-June 2014, and the Peña Nieto Administration expects the Mexican Congress to pass these laws before September 2014 when the ordinary legislative session commences; however, partisan disagreement over the Energy Reform secondary laws did cause the delay in their introduction, and the lingering undercurrent of citizen concerns over how the Energy Reform will affect energy electricity and fuel prices could again stir this partisan disagreement and further delay the Energy Reform’s implementation.

This body of nine bills does not constitute the entirety of the secondary legislation expected to affect the advance of clean energy in Mexico.  Over the next 12 months, the Mexican Executive must craft and issue a decree making CFE’s National Energy Control Center (Centro Nacional de Control Eléctrico (CENACE)) into an independent system operator to be called the National Energy Control and Power Market Center.  The existence of an independent system operator is expected to facilitate more efficient use of distributed power generation, including power generated from renewable sources. 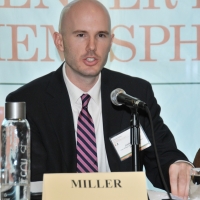