Since 1976, every U.S. President has designated February as Black History Month. It is a time for Americans to reflect on the significant roles that African-American men and women have played in shaping history and the contributions they have made to our country. It is also time to reflect on the continued struggle for racial justice. Experts say understanding Black history, civil rights activism, and learning more about systemic racism is essential to maintain peace and support democracy.

"Addressing racial inequity is essential to sustaining our nation, and furthering its democratic aspirations." - Ralph Richard Banks, the Jackson Eli Reynolds Professor of Law at Stanford Law School and co-founder of the Stanford Center for Racial Justice.

Many know about the work of prominent figures such as Martin Luther King Jr., Harriet Tubman, Rosa Parks, and Maya Angelou, but there are countless others who've made a profound impact over the years as well. In honor of Black History Month, Nexant tweeted an “on this day in history” fact to put a spotlight on some of these accomplishments and contributions. We invite you to view our twitter feed or take a look at the timeline below.

Internally, Nexant's Diversity committee also wanted to honor and celebrate the efforts and achievements of those who've impacted history. The committee put together an online trivia hunt designed to help our employees learn more about Black History. The hunt asked questions such as: “Who is the first black female to be CEO of a fortune 500 company?”,  “What is the name of the newspaper started by Malcolm X?”, and “What college basketball team, playing all black students, became the first to win a national championship?” If you’d like to expand your knowledge of Black history, you can try the trivia hunt here.

Thanks for taking the time to learn more about Black History.

February 3
1939 - The U.S. attorney general established the Civil Rights Division within the Department of Justice.

February 11
1990 - Nelson Mandela was released from a South African prison after nearly 27 years.

February 15
1968 - Henry Lewis of the New Jersey Symphony became the first African-American to lead a symphony orchestra in the U.S.

February 19
1992 - John Singleton became the first African-American director to be nominated for an Academy Award.

February 24
1864 - Rebecca Lee Crumpler became the first African-American woman to become a doctor of medicine (MD) in the U.S. 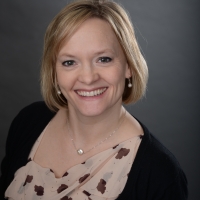