There is an ever-growing focus from various stakeholders on the decarbonization of the energy value and supply chain. The primary pathway is through the rapid development and deployment of sustainable forms of energy. Intermittent renewable energy based on distributed energy resources (DER) such as solar photovoltaics (PV) and wind energy is currently at the center stage. This key area is a critical market segment wherein energy storage technologies are expected to play an important role. Captive energy storage appears to be an attractive option for commercial and industrial (C&I) customers such as process plants and industrial facilities in refining, petrochemicals, chemicals, and other related commercial sectors.

In particular, for behind-the-meter (BTM) end-use applications, energy storage leads to higher reliability, availability, maintainability (RAM) and overall utilization of the energy system assets and infrastructure. From a capital investment perspective, for BTM assets, this further translates into a lower risk of overcapacity and higher average revenues along the entire energy value and supply chain covering captive generation, transmission, and distribution.

With respect to excess power sales via energy export to the utility grid, captive BESS applications in C&I plants and facilities have increased dispatchability as well as allowing for revenue stacking from energy arbitrage and ancillary services offered to the utility grid. Thus, with captive BESS capability, C&I plants and facilities are enabled to participate as key power generation players in front of-the-meter (FTM) energy capacity markets.

A typical BESS end-use application in the C&I sector is based on DER which are custom-designed, financed, built, owned, operated, and maintained for a single building, plant, or facility. Key benefits include reduction in the overall carbon footprint of the building, plant, or facility via captive/on-site distributed generation, operating in an island mode (off-the-grid) partially or fully, minimizing imported power purchase at higher tariffs, reducing FTM electrical bills from 70 to 80 percent, enhancing power conditioning and quality with uninterruptable power supply, minimal to negligible impact from loss of grid power, excursions, and failures.

As costs of BESS continue to decline, commercial installations have almost tripled in less than three years, mainly driven by lithium-ion (Li-Ion) batteries, which are primarily aimed at providing short-term energy storage. Li-Ion batteries presently account for nearly 80 percent of all BESS capacity. Specifically, in the C&I sector for BTM end-use applications requiring much longer storage durations, other battery technologies and types, including sodium sulfur, and in particular flow batteries, are attracting increased interest.

In principle, a flow battery is an energy storage system wherein “re-chargeability” along with much deeper cycling is provided by two chemical components dissolved in liquids contained within the battery system and most commonly separated by a membrane. This type of energy storage technology is similar to both a fuel cells and a battery where liquid energy sources are utilized to produce electricity and are able to be recharged within the same system. One of the main advantages of flow batteries is that they can be rapidly recharged by replacing the electrolyte liquid medium, while simultaneously recovering the spent material for re-energization. There are different categories of flow batteries that have been developed, including redox, hybrid, and membrane-less. The main difference between conventional batteries and flow batteries is that energy produced is efficiently stored as the electrode material in conventional batteries, but as the electrolyte in flow batteries.

As rapid market development and deployment of BESS is currently underway, key areas of focus for various stakeholders include the following:

Nexant is preparing a single topic multi-client report entitled Flow Batteries for Large-Scale Energy Storage as part of the Technoeconomics – Energy & Chemicals (TECH) program under Nexant Subscriptions. The report is expected to be published end of Q3-2019. 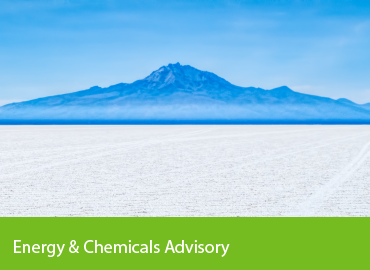 A Look at the Substantial Investment in New Lithium Hydroxide Capacity