While you've likely heard about Hispanic Heritage Month recently (the annual celebration is held from Sep. 15 to Oct 15.), there are many people and organizations who focus on celebrating and empowering America’s Hispanic population all year.

One committed voice is Hispanics In Energy, a nonprofit organization designed to propel Hispanic inclusion in America’s energy industry. José L. Pérez, President, CEO, and co-founder of Hispanics In Energy, took time to speak with our team member, DeAnn Welker, and shared insights into the organization’s vision, why it matters, and how to get involved. The interview is below (questions and answers have been edited for brevity).

How long have you been with Hispanics In Energy?

Tell me a little bit about Hispanics In Energy.

JP: The mission is simple. We are trying to integrate the 19% of Americans who are Latino/Latina into the energy sector because we find that there are very few of us in the industry.

Do you find more Hispanic inclusion in the energy industry today?

JP: We’ve been at it for 10 years. There are over 3,000 energy companies in the country. When we started, there were no Hispanic CEOs. Now there are about 10. This sounds like progress, but when you look at the relativity of it, it’s dismal. It shows how far we have to go.

By the way, we represent “all-of-the-above” energy – clean, fossil… you name it, we’re there.

What does Hispanics In Energy focus on?

Workforce: What we find is — especially in fossil fuels — about 20% of the 12.5 million energy workers are Hispanic, but they are in positions that are mostly vocational and technical jobs. They’re welders, pipefitters, laborers, truckers; not many higher-level positions. That’s where our challenge is: to increase the presence of Hispanics in higher roles in the energy industry.

Other things we do include:

Spanish-language access: In our Latino/Latina community, a third of people speak only Spanish and two-thirds speak Spanish and English. When they look for services, the question is, “How well does the industry communicate with them?” Language barriers are an issue that we’re working on.

How did you become passionate about energy?

JP: In 2000, I was in California and concerned about the energy crisis there. I own a publishing company called the Latino Journal. I wrote to the governor to ask for an efficient way to get permits and licenses and, I don’t know why, but he appointed me to work with one of his Cabinet secretaries.

After that, I had my first policy forum on trying to deal with issues on deregulation, and I got into some stakeholder groups including the California Public Utilities Commission (CPUC), which liked what I was doing and supported me in trying to make some change. We were actually able to shape policy in California, which was kind of cool, because not too many people can say that.

CPUC invited me to work with them and we launched an event called Advancing Diversity in the New Energy Economy. The purpose was to get diverse communities to care about this issue. In those days, there was no diversity in that space.

I was then introduced to utility commissioners around the country and eventually asked to do some work at the national level. Someone asked me if there was a “Hispanics in Energy,” similar to the American Association of Blacks in Energy, which had been created during the Carter administration. This inspired me to invest in launching Hispanics In Energy.

We started it in 2012 with four organizers. We’re up to a national network of about 500 members.

We are now growing with employee resource groups for energy companies and eventually we will be just as strong and numerous as the American Association of Blacks in Energy, an organization that helped us get started. We joined with them for three years and they mentored us; we were in incubation with them. We did some projects together, some forums and events throughout the country. That gave us a national base.

Why is Hispanics In Energy so important?

JP: We’ve been very successful. We started on the West Coast and then penetrated the Southwest and created a strong base in the Midwest. Now we’re working in New England. Hopefully in the next three to four years, we’ll begin closing the loop with our friends down in Florida.

The Latino/Latina population is growing, and we see a very bright future. If you look at today’s kindergarten population, it’s about 30% Latino. Now is the time to invest in solutions and encourage our young population to be engaged in energy.

How can people get involved or support Hispanics In Energy?

JP: Go to our website and become a member. We do an annual national event, and we do state events. Members are invited to their state and local events.

All I can tell you is that it’s important to see what’s going on in the marketplace and how it’s changing. Those who understand the dynamics of change are the ones who are going to get ahead in the future. Stay connected to the future and you’ll stay in business.

What’s in the future for Hispanics In Energy?

JP: We recently created a Communications and Public Affairs Committee in hopes of launching a newsletter. One of my current projects is finding a way to fund a newsletter that is sensitive to the culture and the language.

Thanks for sharing your time with us and for an informative interview on your organization. Hispanics In Energy is a beacon for workforce inclusion in an industry where minorities are historically under-represented. Thanks to you, and other organizations like yours, I’m excited and hopeful for the future of diversity in the energy industry. 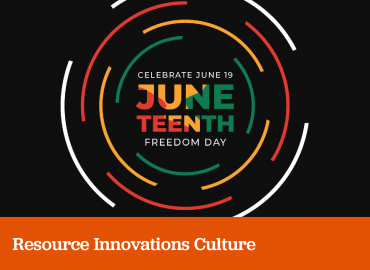 Digging Deeper Into What it Means to Advocate for Diversity 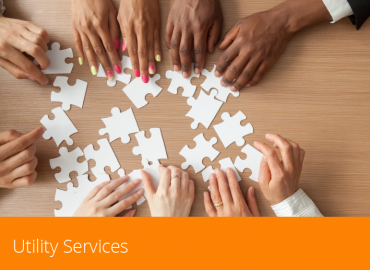 Committing to Diversity in the Energy Industry 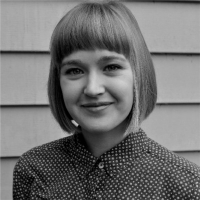