Utility planners are facing several new challenges related to balancing grid modernization priorities. While many smart grid technologies considerably improve reliability, the utility may not be able to justify the investment cost on the basis of the utility operational benefits alone. Smart grid technologies also help prevent the potential degradation in reliability that may result from high penetrations of distributed energy resources. However, many regulatory jurisdictions do not have an established amount of funding for new smart grid technologies, so the stakeholders involved cannot defer to a status quo that helps determine an acceptable level of investment in light of these emerging grid modernization challenges.

At the same time, climate change is leading to an increased severity and frequency of extreme weather in densely-populated areas, which has led to a heightened focus on grid resiliency. As described in a 2013 report prepared by the White House Council of Economic Advisors, seven of the 10 costliest storms in U.S. history occurred between 2004 and 2012, including Hurricane Sandy, which caused $65 billion in damages. As a result, utilities are considering resiliency investments that exceed typical standards and funding levels, in which case strong justification for those grid hardening investments is required.

To address these challenges and assess priorities among competing grid modernization goals, utilities have begun incorporating customer reliability benefits into business cases for smart grid and grid hardening investments. The primary reliability/resiliency benefit that accrues to customers as a result of investments in smart grid and grid resilience is the avoided customer interruption costs that result from a reduction in outage frequency and/or duration. The preferred method for estimating customer interruption costs is a survey that describes several hypothetical outage scenarios and asks customers to detail the costs that they would experience under those conditions, as described in the Outage Cost Estimation Guidebook (prepared by Nexant’s Dr. Michael Sullivan).

Utilities, academics and other researchers have proposed many other ways for estimating customer interruption costs, as described in this literature review (see Section 2). However, the customer survey has remained the preferred method because it directly measures the costs that customers experience under a variety of outage scenarios without relying on the relatively weak assumptions that indirect proxy methods use.

The primary drawback of the survey-based interruption cost estimation method is the cost. Customer interruption cost surveys are relatively expensive because they require collecting detailed information from large, representative samples of residential, commercial and industrial customers. Therefore, only a few of the largest utilities in the U.S. have conducted systemwide customer interruption cost surveys. To address this cost barrier for U.S. utilities, the Department of Energy (DOE), Lawrence Berkeley National Laboratory (LBNL) and Nexant have been working together for over a decade to make reasonable interruption cost estimates readily available for utilities that have not conducted their own surveys. The first step in developing a national estimate of interruption costs was to combine results from all of the interruption cost surveys that were carried out using the methods outlined in the Outage Cost Estimation Guidebook. This aggregated statistical study, called a meta-analysis, was first done in 2003 (with results from 24 surveys) and then updated in 2009 and 2015 (with results from 34 surveys, including the original 24). Based on this meta-analysis, DOE, LBNL and Nexant developed the Interruption Cost Estimate (ICE) Calculator in 2011 and then updated the tool in 2015. The ICE Calculator is a free computational tool that uses the results of the meta-analysis to estimate customer interruption costs. The ICE Calculator also estimates the customer reliability benefits that are associated with user-specified reliability improvements that arise from smart grid and other types of investments.

Two utilities – EPB of Chattanooga and Central Maine Power (CMP) – provide insightful case studies on how utilities can leverage the ICE Calculator and its underlying meta-analysis to support business cases for smart grid investments. As part of the American Recovery and Reinvestment Act, EPB received support from DOE to install automated feeder switching technology throughout its service territory, at a cost of around $51 million. From a single storm in 2012, EPB estimated that they eliminated 500 truck rolls, and reduced restoration costs to the utility by $1.4 million by restoring power 1.5 days early. Using the ICE Calculator, EPB estimated that the distribution automation technology avoided $23 million in interruption costs to customers, which is nearly half the investment cost and far greater than the operational benefits that accrue to the utility.

CMP also received support from DOE for distribution automation to improve reliability, at a total cost of $30 million. Using the 2009 meta-analysis, CMP estimated that customers would avoid $97 in interruption costs per reduced outage hour during the first five years of the investment. During the same time period, the investment cost was $47 per reduced outage hour, which led to a benefit-cost ratio above 2-to-1 on the basis of only the customer reliability benefits. These case studies show that customer interruption costs can support business cases for smart grid investments like distribution automation that significantly improve reliability. Similarly, utilities can use this approach to support business cases for investments that prevent the potential degradation in reliability that may result from high penetrations of distributed energy resources.

Nonetheless, it is important to recognize that there are key knowledge gaps in the meta-analysis and ICE Calculator. First of all, the survey data underlying the meta-analysis lacks information from the U.S. Northeast/mid-Atlantic region and is limited in Midwest. Secondly, around half of the data is 15 or more years old (though the 2009 meta-analysis did suggest that customer interruption costs have not changed substantially over time). Finally, although the interruption cost survey method and analytical framework for incorporating customer reliability benefits are applicable to outage scenarios that result from natural disasters, the meta-analysis and ICE Calculator currently cannot reliability estimate interruption costs for long duration outages (i.e., outages lasting longer than 16 hours). At this point, the estimation limit is 16 hours because few surveys underlying the meta-analysis investigated outage scenarios beyond 8 hours.

Although these key knowledge gaps remain, utilities can still supplement existing studies, methods and tools with their own research efforts to address their specific grid modernization challenges. These efforts can draw upon the growing number of surveys, analyses and case studies from several jurisdictions that show how to use customer reliability benefits to support business cases for smart grid investments. Work is underway to develop interruption cost estimation procedures that are more suited to estimating long duration outage costs using a combination of customer surveys and regional economic modeling. One major U.S. utility recently used surveying to estimate the likely economic cost of outages ranging from 24 hours to 7 weeks and filed the results of this study to describe the economic benefits of a significant transmission system reinforcement.

Finally, utilities can also use this customer interruption cost meta-analysis and the ICE Calculator to inform operational decision-making driven by outage management systems. To address this topic, at the 2016 IEEE/PES T&D Expo in Dallas on May 3-5, LBNL and Nexant will present a paper on:

This blog post was also posted in the November 2015 IEEE Smart Grid Newsletter. 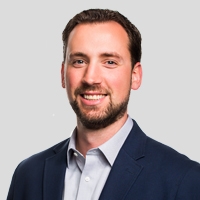