Skip to main content
Home / Resources / 15 years of progress - “utility of the...

15 years of progress - “utility of the future” isn’t a slogan, it’s built and it’s growing

I always look forward to DistribuTECH because although it’s future-oriented, it's still real-world stuff. All the presentations have utility sponsors, so consultants and vendors are talking about innovations that are really being carried out, both successes and failures. The Expo is a great place for young engineers to see the latest tech and talk to people who use it firsthand.

One of the ways I’ve seen “the future” being realized over the past 15 years is in the area of Distributed Energy Resources (DER). In 2001 I was working on a project with Clark Gellings at EPRI that we called "Circuit of the Future." We were describing important components of the future electricity grid, before “smart grid” became a buzzword. DER was prominent in that study, as we were anticipating how 2-way flow of electricity would change the way our distribution systems are operated, planned and designed. At that time it was hard to know when this shift would happen. Since utilities didn't have control over customer-side resources, the attitude was that we might not be able to count on DER as a resource. Our hypothetical models seemed like science fiction at the time, but over the years both the technology and the market made steady, incremental progress. Today we are capable of accurate, real-time measurement and control; advances in distributed generation and storage technology has made it easier to develop microgrids; and consumers are far more educated, incentivized and equipped to adopt DER than they were a decade ago.  What was hypothetical in 2001 can now be measured and tested cost effectively. Today we have no excuse not to count on DER in utility resource planning, and we are working on ways to do this confidently and reliably.

I’ll be interested to see new DER technology on the DistribuTECH floor. As tech changes and the price drops, these devices will become more prevalent on the system. As a planner I sometimes observe that we take a position of “bracing ourselves for problems” but we are not focused enough on the opportunities these innovations provide. Our industry is seeing ample evidence of how DER will benefit the system, improve reliability, reduce costs and provide operating solutions we never had before. The utility industry did not pay as much attention before when we lacked the control and transparency we have today.

While tech is changing, the consumer is changing as well. I see a promising industry trend: the utility, the provider, the regulator and the consumer all need to work together to realize the benefits of DER, and now we can do this better. Before, there was too much to change in too many areas. In the "circuit of the future" study we identified the consumer as a major part of how the electric system would operate because of the generation they would be supplying. Our conclusion was that consumers should have a major role in system design. Fifteen years later, I am following New York’s Reforming the Energy Vision (REV) proceeding and California’s Distributed Resource Planning (DRP) initiative with keen interest. In both NY-REV and CA-DRP, the consumer has a responsibility to do what they say they are going to do. If they don't, the person who pays the price is the distribution planning engineer counting on that customer-side resource.

I have also been fortunate to work with Hawaiian Electric Company (HECO) and I continue to closely follow developments both in their business model (with their buy-out by NextEra) and their operational model. HECO has been bombarded with so much DER and PV that they have to have cutting edge responses to this crucial issue.

As a T&D planner, I’m going to DistribuTECH to feed my ongoing curiosity about technology, business models, and policy trends.  Different approaches to distributed resource planning will change the way utilities think about DER and third party generation. It is more and more possible to help my clients to design, model, plan and manage T&D in terms of whole systems. I hope to see you there, and I especially encourage younger engineers to keep at it – there is always a “future of utilities” to plan for, and it’s satisfying to be part of the building of that future. 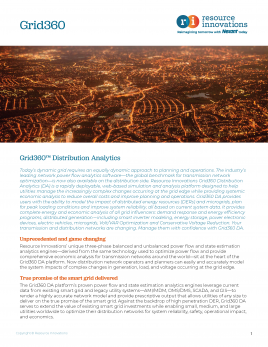 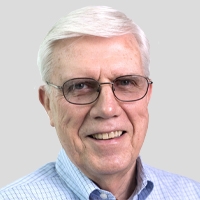